There was a great article in the Salt Lake Tribune today about small claims courts and bench warrants.

The article discusses several cases where debtors were locked up in handcuffs upon entering the court house to argue their case. I understand that the Court needs to enforce its orders and ensure people show up to court. However- standards of due process in most small claims courts are atrocious. They are not required to follow standard rules of civil procedure and courts often send court notices out in the mail to the debtor’s home- whether the respective debtor lives there or not. Its difficult to show up to court when you find out about it months later. I have practiced in ten small claims courts around Utah and none of them use proper service as outlined by Rule 4 of the Utah Rules of Civil Procedure. 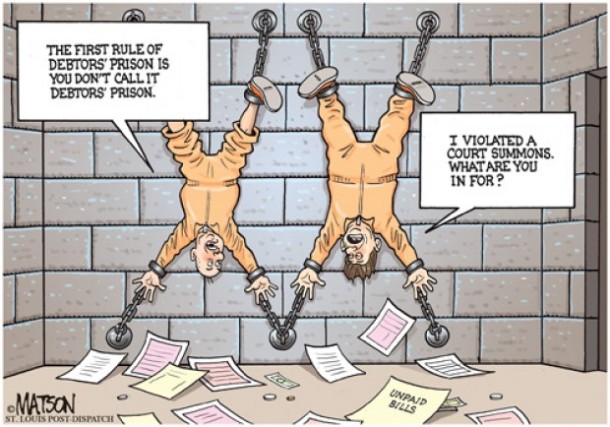 One of best way to avoid bench warrants, debt lawsuits, collections, and ruthless and relentless creditors is by filing for bankruptcy protection. The automatic stay that comes into place when you file bankruptcy breaks the chains of the debtor’s prisons. It not only stops lawsuits, garnishments, and collections- but it also stops most creditors from even calling you on the phone.

My name is Jason Richards, and I am an attorney in Northern Utah. I run my own practice and have offices in Ogden and North Salt Lake. I grew up in Ogden and attended local public schools. I graduated from the University of Utah Law School with a juris doctorate degree. My practice primarily centralizes on bankruptcy and debt collection. I also specialize in criminal defense and other areas of civil litigation. I represent clients who are suffering from crushing debt that seems hopeless. I have helped many people file for relief under Chapter 7 and Chapter 13 of the United States Bankruptcy Code. I have also helped dozens of clients renegotiate their debt and defend them in debt collection actions with ruthless creditors. If not dealt with promptly and aggressively, creditors will achieve their goal to collect. Bankruptcy is certainly not the solution for everyone. Everybody's situation is different. The best way for you to determine if it is right for you is by consulting with a local bankruptcy attorney. Bankruptcy has helped millions of Americans receive a fresh start and financial independence.
View all posts by Jason →
This entry was posted in Uncategorized. Bookmark the permalink.